What is Loy Kratong Festival?

In Thailand in the past, our main transportation was by the river. We travel and ship products by river. Therefore, rivers are very important to us. And we believe that in the river there is a goddess who takes care of the river. So Nang Noppamas wanted to thank this goddess, she created a water lantern and float along the river for this.

Who is the founder of this festival?

The legend said that Nang Noppamas, the first concubine of Maha Thammaracha I the first king of Sukhothai Kingdom was the one who founded Loy Kratong festival. She created a water lantern by the specific lotus that will only bloom during full moon night. And she put it to float in the river in order to pay respect to the mother of nature.

When is Loy Kratong Festival?

As stated in the above paragraph, Nang Noppamas used the special lotus that will only bloom in full moon night. Loy Kratong festival is on the full moon night that the moon is the biggest size in the year. It is a full moon night of the 12th month of the Thai lunar year.

What does Kratong made from?

The main material to make Kratong float is a banana tree. We cut the banana tree into pieces and then wrap it with banana leaves. Then we fold banana leaves into shapes and surround the banana tree. On top of the Kratong we will decorate it with many kinds of flowers to make it beautiful. And we will also put candles and joss sticks, the purpose of putting these is to pay respect to the mother of nature.

What should we do at Loy Kratong Festival

The main activity of this festival is the floating water lantern in the river, therefore you should try once. If possible you can try to make your own one. But if you cannot make it, there are a lot of Kratongs sell along the riverside.

However, because from time to time more and more people want to float the lantern in the river. This creates a lot of trash in the river the next morning. Therefore, we can choose other materials for the Kratong. Currently, there are a lot of people who make Kratong with bread or fish food. Or event someone just put candles and joss stick on the ice and float it. This will create the lease trash in the river. You can make your choice for your own Kratong.

There are a lot more beautiful festivals in Thailand. Follow us on HowtoFarang for more blogs about the correct way to be a Farang in Thailand. 3 Beautiful temples in Bangkok along the Chao Phraya River 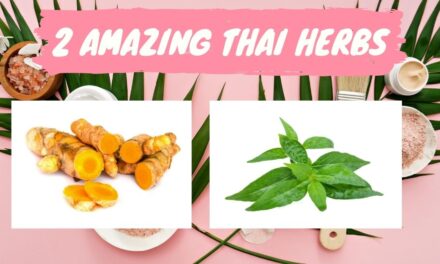 2 Amazing Thai herbs to help you in Daily life “Farang” Is a Beautiful Word

You have Successfully Subscribed!